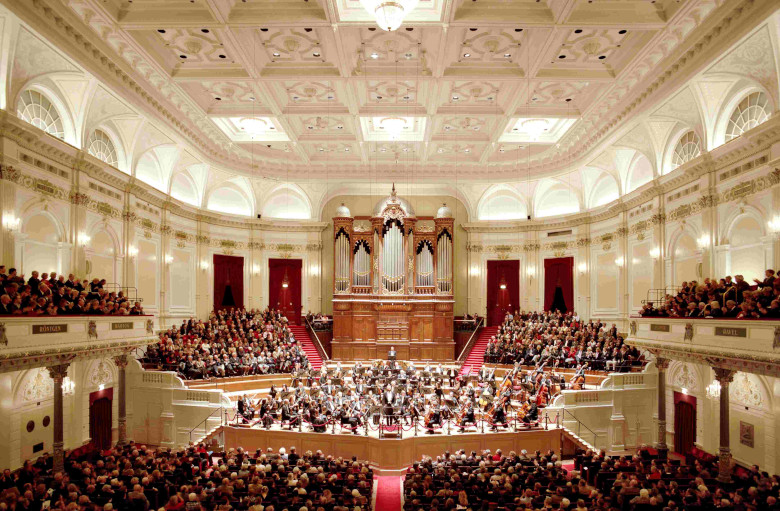 The Grote Zaal (Main Hall) of the Concertgebouw is generally considered to be one of the three best halls in the world for symphonic music. For the late Romantic repertoire it is in a class of its own.

The hall went through major renovations between 1985 and 2002, in respect of which eventually all wall and ceiling surfaces as well as the chairs and stage were renewed. These operations were all carried out with greatest care to preserve the acoustics of the hall. All details, including the quality of paint and plaster, the sound absorbing properties of new wooden floors and chairs and the sound production of the ventilation system were carefully checked in Peutz laboratories.

Inspired in design by the at the time famous Felix Merites hall, also in Amsterdam, the Kleine Zaal (Recital Hall) has an elliptical plan and a relatively small stage.

The adverse acoustic effects caused by this form of plan are almost completely eliminated by highly diffusing and partly absorbing (heavy curtains) walls. The hall underwent complete refurbishment in 2004. As in the Grote Zaal (Main Hall), the acoustic quality was preserved by taking every last detail into account. 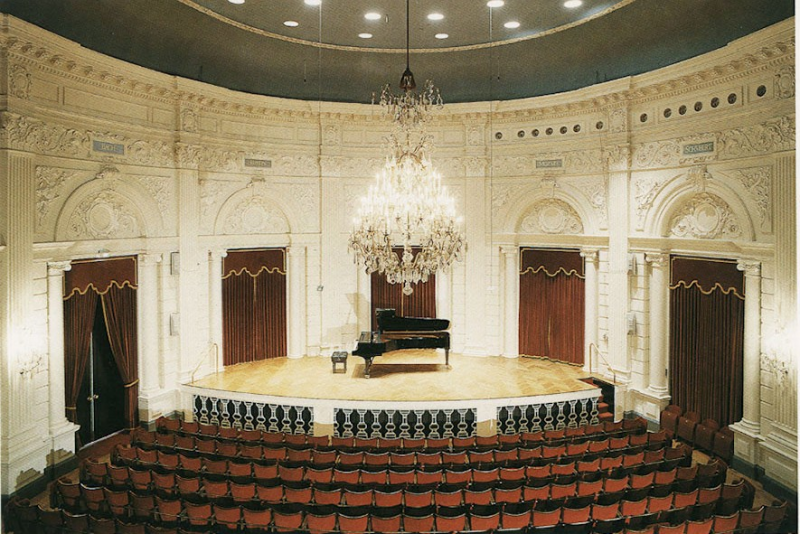